Can Men And Women Really Be Friends?

Most of us have struggled with this issue, on whether men and women can be friends in a platonic way or will sex get in the way?  Can we “rise” above our impulses or is it a doomed idea?  AND, if we CAN be friends with someone of the opposite sex, how does our partner/spouse feel about it?

We’ve all asked the question, had our own experiences and we’ve all come to our own conclusions.  I recently conducted an informal survey on my Facebook Page, The Passion Doctor, and received very consistent, though contradictory answers from men and women.

Let me share with you some of the responses.

They can. Sex does tend to get in the way a lot though. 🙂

Yes, I can but with my experience it is usually difficult for most males just to be friends:)

I say yes but I know too many men that think otherwise!

Over the years, I’ve learned that if the male is mature and mentally healthy, it is possible. Sure, like most straight men, he will periodically have sexual thoughts of her, but he will choose not to act on them.

I find it awkward when I’m in a relationship with someone that doesn’t believe men/women can be friends SO I tend to shy away from male friends. It can be threatening to relationships and if you have too many male friends, some women view that with a wonky eye as well!

It depends on the individuals involved, their personal ethics and issues, how important the friendship is to them, etc, etc, etc.

In my humble opinion yes they can be as long as they define the boundaries up front – then no one is confused….

I like to be friends with some men but find it difficult…they all want it to lead elsewhere.

I don’t think so.

It can be difficult but sure its possible. I think its much easier for girls, theres always the “sex” issue for most guys. I have had several “girl” friends in the past and still have one good one …

If there’s little or no sexual interest on either part. Otherwise it gets complicated.

Not if there is a relationship involved, especially if it is the guy in the relationship wanting female friends. women are just more “territorial” when it comes to their men. Not saying it’s impossible, just extremely rare.

It is rare and very difficult when in a relationship. My girl friend is not at all comfortable with my friendship [with a woman].

For the most part, women believed that they could be friends with men.  At the same time, the majority of the men that answered believed that having a non-sexual relationship with a woman was quite challenging.  The two issues that seem to come up in these responses seem to be the issue of sexual tension between the friends and the issue of jealousy from a partner.

And, yes, the issue of jealousy and insecurity in our partners is also an important consideration, as are cultural and religious norms.  In certain cultures and religions, men and women really aren’t permitted to fraternize much, let alone be friends.  I’m not here to judge these belief systems, just stating them.

As we advance more as a society, hopefully there will be more opportunities to foster deeper friendships between men and women.  There are definitely advantages for both in these kind of non-sexual connections.

Sometimes a man will be more open about his feelings with a female friend then with his buddies.  Sometimes a woman is happy to just “hang out” with a male friend and not have to talk so much about “feelings”.  These are simplified examples, yet the research does seem to support them.

My purpose in asking the question, “Can men and women be friends?” wasn’t necessarily to answer  it.  However, I would LOVE to hear your experiences and thoughts about this issue.  Please comment below and add to our informal data.

There truly IS no definitive answer.  Or, to quote another of my Facebook survey participants, “It depends.” 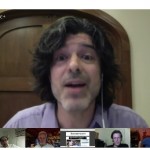 [youtube]http://www.youtube.com/watch?v=hCPAQrDTf_M[/youtube] Why Won't Men Get Help? I was the featured guest at a Google Hangout sponsored by the Good Men Project recently, the topic being, "Are Men Falling Behind In Mental Health?" We opened up the discussion beyond mental health to the … END_OF_DOCUMENT_TOKEN_TO_BE_REPLACED 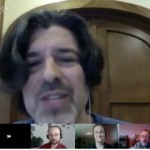 I'm very excited and honored to have been the first guest invited to be part of the Good Men Project Google Hangout on April 11, 2013! [youtube]http://www.youtube.com/watch?v=hwdj4keraHQ[/youtube] The five man video chat covered topics ranging from men and relationships, to mission and life … END_OF_DOCUMENT_TOKEN_TO_BE_REPLACED 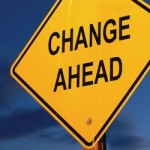 Don't Wait For The New Year, Start Now! Most of us wait until the "New Year" to reassess our lives and state new plans, intentions and "resolutions" for our lives. Yes, it's a time when there is general consensus that this is a good thing to do, yet why wait? If you want to create change in your … END_OF_DOCUMENT_TOKEN_TO_BE_REPLACED 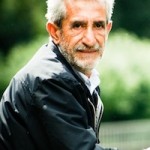 What Makes A Man Sexy?  There was a recent survey that announced the 21 "Sexiest Men Over 50".  To be honest, I'm appreciative that anyone is even taking of survey of MY demographic. And the top three were hardly surprising: George Clooney, Antonio Banderas and Denzel Washington.  I find it way … END_OF_DOCUMENT_TOKEN_TO_BE_REPLACED